How Steadicam Can Improve Your Video 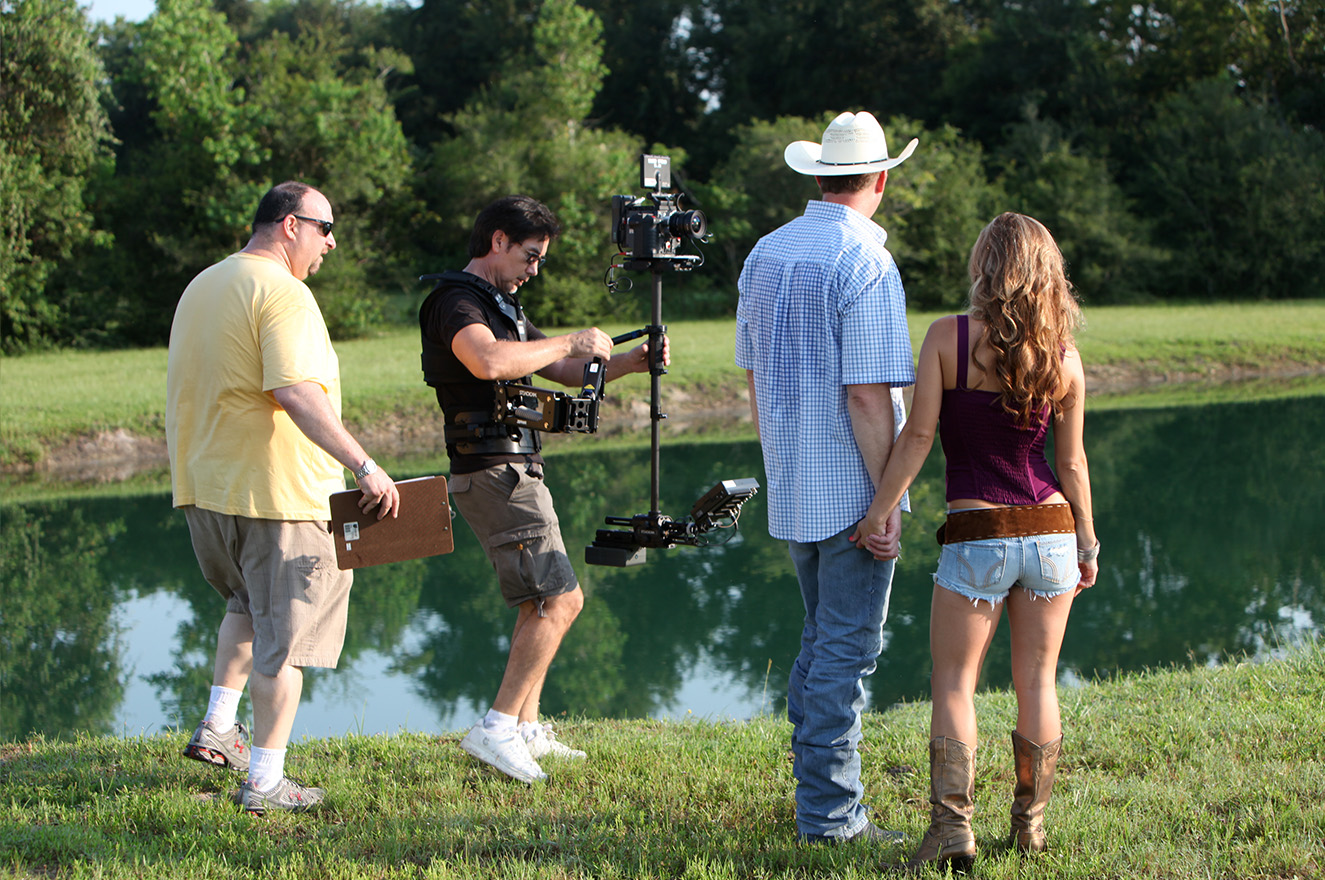 The Steadicam was invented in 1975 to free the camera from the tripod. It quickly won an Oscar for technical innovation, and it still shows up on film and video sets 45 years later.

An operator wears a vest to distribute the weight to his or her shoulders and hips, and connects the camera sled to an Iso-elastic arm (with a series of springs) that isolate the operator’s movements from the camera.

With its ability to move smoothly through scenes and place the audience in the center of the action, the Steadicam is an invention that forever changed Hollywood and the film industry.

A Steadicam draws the audience into the story, allowing them to make more emotional connections with the characters. Unlike a tripod the Steadicam physically moves the camera into the action rather than watching the characters from afar. Viewers feel as if they themselves are freely moving around inside the film, watching the story unfold in person.

How Steadicam Improves your Video

A Steadicam is a portable, wearable device that frees the camera from the natural movement of the camera operator’s body. Removing the shaky, wobbly video that is common when walking with a unstabilized camera. However it takes years of practice, experience and skill to operate a Steadicam rig. The operator has to understand the dynamics of balancing the camera properly on the Steadicam sled. Without perfect static and dynamic balance the camera will fight the operator and result in unstable footage. Moving image Studio’s DP (Director of Photography) has more than 10 years experience operating the Steadicam. Our Zephyr Steadicam rig can handle cameras up to 25 lbs. in weight.

The answer is yes! Moving image can add the Steadicam package to your shoot based on usage for the day. If only a handful of scenes will require it then the cost is reduced accordingly. The Steadicam can add dramatic movement to Corporate Video, Event Videos, Music Videos and Movies. Your audience will be immersed into your video and the result is a more memorable and effective response. If used in an Event Video the Steadicam can take a viewer right into the crowds and through the event’s venue like they were actually there. The smooth fluid movement of the camera as it passes around a singer in a Music Video makes the artist come to life. The applications of the Steadicam are endless.